5 Things I Learnt from my Doctor Visit

So today I went to the doctor for the second time after my diagnosis.

The first time I went to the doctor after I was diagnosed (two months ago), we briefly spoke about how ADHD medication could be helpful and that I should go for a blood test. I knew that I didn’t want medication at the time and she wasn’t willing to begin to try me on ADHD medications before receiving a paper confirming my diagnosis.

Let me give you a little back story. I had a doctor in the West Island after I left my paediatrician. He is an older man and he was my grandparents doctor, my parents doctor and naturally he became my doctor. He was helping me with my anxiety. I still knew that there was something “off” and I was trying to get to the bottom of it. At one point I even mentioned ADHD. I remember telling him that I would walk from room to room in my house forgetting what I was doing. He told me that was normal, and that ADHD was a fad. Naturally, I believed him. He is my doctor after all. When I was diagnosed, I felt so mad at him. I had brought up the possibility of ADHD back when I was 20 years old and in university. Could you imagine if I had been on medication back then? Maybe I would be a psychologist. Anyways, I have accepted what has happened and found a new doctor.

I ended up moving to NDG and switching doctors – I never really liked the idea of having a male doctor anyways (no offence).

1. She had my blood test results.

My iron was a little on the low side, so we decided that I would take some B12 supplements. It is a possibility that my body is unable to absorb the supplements through my digestive track so I bought the sublingual type (they dissolve in your mouth and enter your body through your saliva).

I have been doing so much research on ADHD, and am super interested in the realm of supplements and natural remedies. There are two supplements that I will be starting with:

1. Omega 3 – Ask your pharmacist to explain the different types to you! The particular kind that I bought will need to be taken 3 times a day. The brand that my mom buys needs to be taken once a day. It all depends on the dose!

This is such a tricky subject for me. I really, really don’t like the idea that ADHD medication is basically a guessing game. “Here, try this medication and see how it works. There may be side effects so stick with it for a little bit to see if they pass”. WHAT?! Basically what I hear is even if you feel like shit, it may be worth it. I don’t know how to deal with that. Personally, if I am taking something that is not making me feel good, I will stop it immediately.

I spoke with my doctor regarding my options for non-stimulant medication. Want to laugh? I do not have private insurance so I use RAMQ (the public drug insurance plan in Quebec). Basically, the way that RAMQ is set up for ADHD is that you have to try the stimulant drugs for a certain amount of time to say that you have tried them out. THEN your doctor has to submit a form to RAMQ explaining why you want to try the non-stimulants to treat your ADHD. It is so sad to me that we don’t have a choice. We do have the option of not using RAMQ but then the medication ends up costing $100+ per prescription. I am 95% percent positive that I will react very poorly to the stimulants; I react poorly to caffeine. I have one cup of tea in the morning and that is all. If I have a second cup I start to get really irritable and anxious. It feels like my entire body is vibrating. This is caffeine from tea that I am talking about, not even coffee. I do not want to begin to imagine how I will react to a powerful stimulant drug.

Side note: I was listening to a webinar the other day and the subject of stimulants for girls came up. The way that a doctor decided to test wether or not stimulants would work for her was to give her a chocolate covered coffee bean. Will having the coffee bean help her concentrate and stay on task? So smart and easy!

I have noticed that I have a very cyclical depression. Since noticing that, my doctor and I decided that I would continuously take the birth control on a loop to manage the depression symptoms. So far it has been working!! That said, I have also had some negative side effects like anxiety since taking Alesse and I will be trying a different pill with a different female hormone to see how that works. I tried to briefly do some research on the different hormones in birth control but couldn’t find any answers that weren’t in doctor lingo 🙁 I also tried to ask my doctor and she said that it’s not necessarily that there is a difference, they just have different outcomes for different people. That makes sense but also doesn’t make sense to me. There IS a difference. They use different hormones. I want to know what the difference is lol.

5. A couple of non-ADHD related things.

Some girl-related things like a pap test. Lovely. It will be nice to know that I don’t have cervical cancer!

I would really like to point out that immediately after going to the doctors, I went to the pharmacy and picked up my new birth control, omega 3s and B12. I took the omega 3s and B12 right away and felt absolutely terrible. I felt a little bit high; my eyeballs were dry, i felt like EVERYTHING was so hyperfocused. The thing was that I didn’t’ really have control over what I hyperfocused on. My sister’s boyfriend cutting bell peppers beside me was like he was doing it right beside my ear. I was super uncomfortable. This lasted for an hour and a half and then I was completely zonked. I did not feel good for the rest of the day and it is now the following day and I have an unexplainable migraine. Really not fun 🙁 I decided that I was going about taking these new supplements the wrong way. I am going to try one and a time and that way I can figure out what works and what doesn’t and what the side effects of each supplement are.

I am really not a fan of doctors and I am sad that I have generalized it that much. I need to find a doctor that isn’t like “ok, you have this problem: here is the medication that will fix it.” I could honestly be on 5 different medications. How is that ok?!

At one point during my appointment she says to me “For today it’s okay, because I am not that busy. But normally, you can’t have an appointment that goes on for 45 minutes with all these topics jumping from birth control to ADHD medication to blood test results” I just responded and said “okay”. In that moment I actually thought that her comment was ok. I pictured all her patients in the waiting room and realized that I am taking up quite a bit of her time. Plus I have the mentality where I often agree with people to later think about it and go “wait. No, that wasn’t ok.”

On my bus ride home as I was mentally going over the appointment and planning the rest of my day,  I became extremely rattled and shall we say “I lost my shit”. I am still trying to calm down and understand her side and where she is coming from but WHAT THE HECK. I just received this life-changing diagnosis and have a millionnnn questions. How can she tell me that I am taking up too much of her time?! Also, when I enter her office after sitting in the waiting room for 45 minutes I don’t say “It’s okay for today, because I really don’t have too much on my schedule, but normally I can’t be sitting in the waiting room for 45 minutes when my appointment is at 10am and it is now 10:45”. Ummmm… no. Why is her time so much more valuable than my questions and getting answers I need?!

Also, if she was overwhelmed by all my questions and concerns. Imagine what it feels like for someone who was dumped into the ADHD world?! Your doctor is someone that you are supposed to rely on for help, no?

I didn’t mean to end this on a negative note so – I really learnt a lot from my doctor today. I am going to start off by trying some supplements and new birth control. From there – I will see what happens and in a couple of months after my new blood test for iron I will go back to see her and we can discuss the results from RAMQ and the possibility of non-stimulant medications!

Why is Depression such a big, scary word? 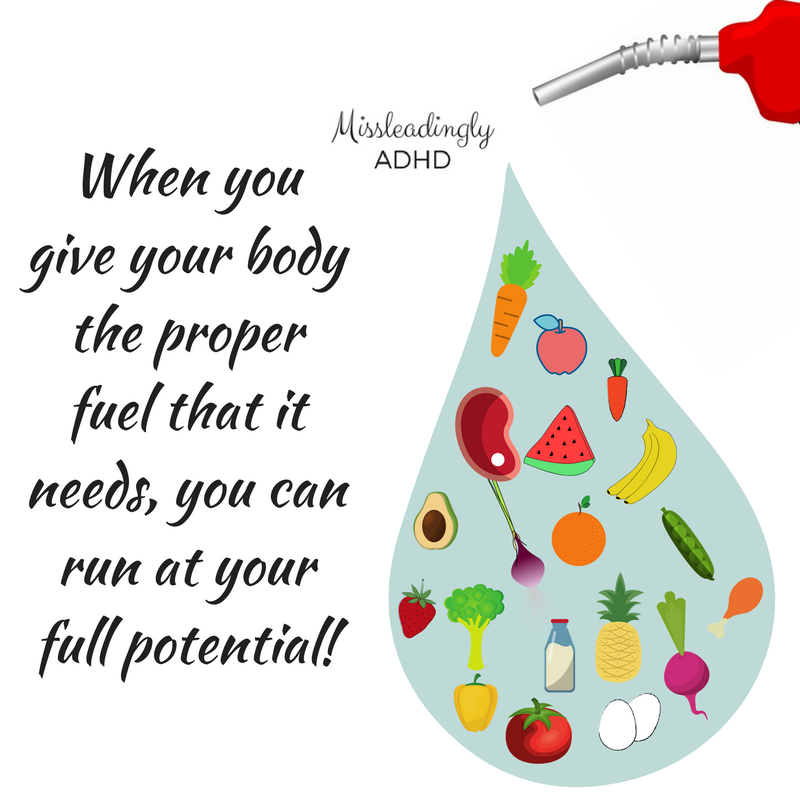 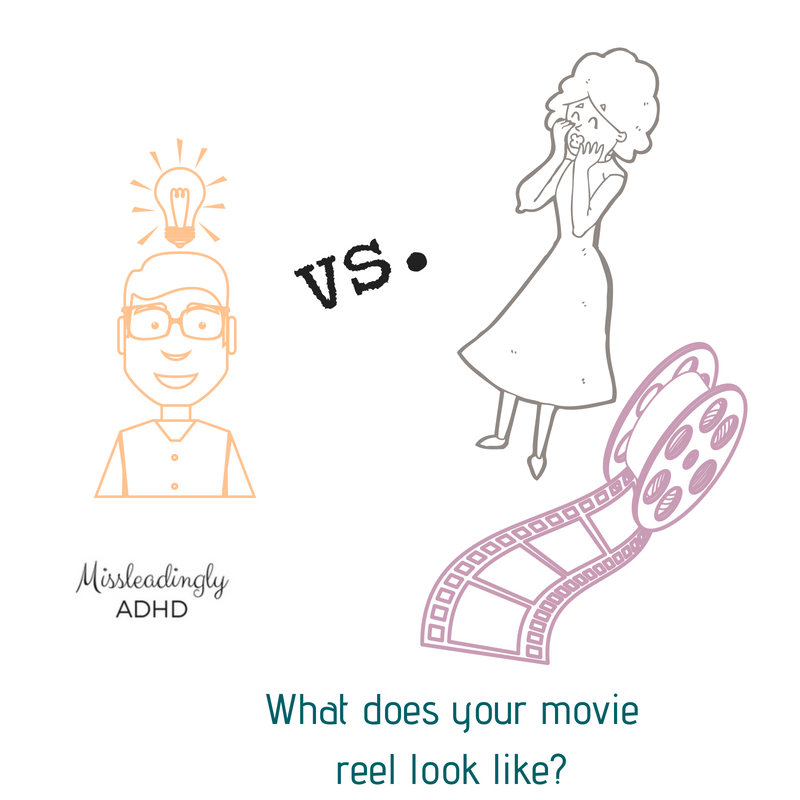 1 thought on “5 Things I Learnt from my Doctor Visit”